Just have to rant about an experience I had last week.

You see I stumbled onto this really cool e-course to share on Women in Ecommerce™ and since it was FREE I thought it would be great to find a FREE service to promote it. By “service” I mean autoresponder system. Something that captures the leads of people who signs up so you can build a list and stay in contact with those on the list.

Well it was a disaster!  Here’s what happened:

I did a Google search for Free Autoresponders and came across a couple of possibilities.  One did not make any sense when I signed up so I quickly abandoned it. The second one seemed pretty good so I did a Google search to see what type of reviews the site was getting.

Warrior Forum had several reviews and most of them were “thumbs up” so I decided to give it a try.

I signed up, and proceeded to start uploading the ecourse day by day. As I uploaded each day, I did a test to see how it was formatting in the emails. The first one was kind of weird so I did it 3 more times and finally got it right. Then the problems started. I got a message saying my testing privileges were suspended for 24 hours because of overuse. Overuse?  IMHO, if it isn’t right the customer should be able to TEST as often as they like until it looks the way it should when the subscriber receives it. But I thought, okay, its free so maybe its just testing me.

Well, I should have stopped right there.  But no, I wanted to get done and decided to continue uploading the next few days. By Day Four I was beginning to get  a little bug-eyed and decided to finish the other two days on Tuesday.  But it was Thursday before I actually got back to the project. That’s when I discovered my account had been canceled.

I spent the better part of the day looking online for the “owner” of the site because when I submitted a support ticket it said that “support was not available to non-customers, only to ‘active’ accounts.” So much for that.  Found the owner on Facebook and he pretty much confirmed what I already knew as stated above. I told him I never cancelled my account. And it’s Monday and he STILL has NOT REPLIED. So much for FREE…

When you decide to use something like open source software (open source is a fancy term for free or anyone can access it) be sure and do some investigating first. Find out who has used the programs, what results they had and mostly if they would recommend it to others. Be sure the referrals come from credible places such as mentioned above. I don’t fault Warrior Forum for what transpired because some people are okay with spending lots of time to make something free work. I don’t have that luxury.  Time is money and there is only so much to go around (time that is). The other suggestion is to test it on something small before putting a lot of energy into implementation. That was my big mistake. Trying to use it for a 6 day course instead of something simpler like a free report. May have worked in that case.

However, this just proves that FREE sometimes isn’t. If you find yourself spending much more time than its worth, its not free. To most people, time is more precious than money. Even though you may think you have more of the former, at the end of the day what you save in money could cost you hours of frustration in the long run. And customers.

So I decided to use my tried-and true-autoresponder system, aWeber. It works all the time! And it looks professional. When you do anything for business online, it should always present your company in a positive light.  And if people get frustrated by the tools you offer them, they not only won’t come back, they may leave without doing anything (such as signing up for your list or buying something). And yes, I am an affiliate of aweber but have been using it since 2003 even before becoming one.

BTW, the other reason I wanted to find a free service was that this week our blog posts will center around the whole topic of autoresponders. And I wanted to be able to recommend a few affordable services. And FREE is affordable… or is it?   Stay tuned…

Be sure to also sign up for the 6 DAY Do-it-Yourself SEO Course. Its really great!

And in case you want to know what autoresponder I am talking about, drop me a line at heidi @ wecai.org and I’ll tell you. 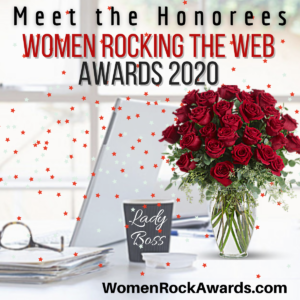